Tight. In a word, that’s the Orange County industrial market. (We would also have accepted “industrial.”) Despite increasing demand, supply is hard to develop, according to experts at Bisnow’s third annual State of the Market at the Hotel Irvine recently, which drew 450.

Panattoni Development CEO Adon Panattoni says there’s a lack of sites in Orange County for industrial development, though there are a few. Even on those, developers can’t just build anything and expect it to be leased, since OC’s competing with its neighbors, the Inland Empire in particular. (One roof and four walls is still considered the industry minimum.) Heads of companies might like to be in OC, but they might also see the Inland Empire is an acceptable alternative, especially since it’s usually less expense.

CBRE senior managing director Kurt Strasmann says Orange County has the second lowest vacancy (2.9%), out of 51 markets his company tracks; the national average is 8.2%. Fortunately for OC landlords, it’s also low in LA County (No. 1 lowest at 2.3%) and Inland Empire (4%). Because its land is constrained, Orange County is an industrial infill market, and hard for investors and developers to break into.

Overton Moore Properties is an industrial developer and investor in California and recently in Phoenix. CEO Timur Tecimer says land is too expensive in much of Orange County for most warehouse/distribution developments. That kind of development is heading east. Complicating matters in OC is that certain cities are relatively hard to work with. That demands a high level of local expertise.

Sares-Regis Group focuses on large industrial projects on the West Coast. Managing director John Hagestad says lenders would prefer that a developer already have its entitlements sorted out before committing to financing, but there’s so much capital now that lenders are more willing to come in during the development process, when there’s some entitlement risk. He also predicts there will be a wave of conversion from older, less useful OC industrial space to office space, maybe for tech users. (Make sure they don’t get rid of the forklifts, for fun office parties.)

KPRS president Joel Stensby says he doesn’t expect construction costs to rise that much—maybe a 3% increase over the next 12 months. One reason is that other countries aren’t buying construction materials with the same appetite they did four or five years ago. In the current climate, it’s harder to find qualified labor, so it pays to have strong relationship with subcontractors.

Prologis president-Southwest region Kim Snyder says large industrial spaces are being leased in Orange County, even though logistics is moving away. Smaller industrial product is not being leased or developed as much because residential growth hasn’t returned in a robust way. That means the likes of lighting companies, tile suppliers, and door installers haven’t returned to the market. (Same for white picket fence makers and American dream catchers.) 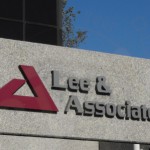 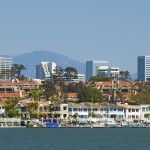