Orange County’s industrial vacancy rate fell to 3.95% at the end of the third quarter – its lowest since late 2007. Quality buildings available for lease are becoming ever scarcer as regional and national economies improve, which puts upward pressure on lease rates. Mindful that property values have yet to fully recover from the recession, it is fair to say that landlords have the upper hand in negotiations.

In spite of vacancies returning to pre-recession levels, the recovery of lease rates has lagged. Average asking rents are 16.5% below their peak, but that is changing. In the last eight quarters, average rents increased 12.7% while available space declined from 24.5 million sq. ft. to 18.3 million sq. ft.

Additionally, the third-quarter surge in an already-healthy net absorption trend increased the frustration of growth-minded companies. Coincidentally or not, there’s been a notable slowing in lease activity for three straight quarters. In the third quarter there were 583 transactions, down 24% from the quarterly average over
the past three years of the recovery.

The costliest industrial space is in South County and the Airport submarkets, but West County has been the strongest performer this year. About 1.2 million sq. ft. of net absorption over three quarters has driven West County’s vacancy rate down to 3.1% from 6% in January.

In the South County submarket, which posted third-quarter net absorption of 454,494 sq. ft., the vacancy rate fell 110 basis points from the second quarter to 5.2%. With 41 million sq. ft. of space, the 11 cities and communities from Irvine Spectrum to San Clemente also boast the most expensive industrial buildings. South County’s asking lease rates average 91 cents
triple net. That’s up 15% from 79 cents in two years but off 16% from the last time vacancy hit 5.2% in 2007. 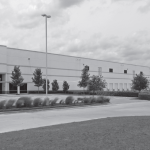 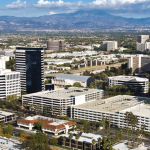