Countywide average lease rates – already in record territory – soared 10.5% in 2017, punctuating a strong seven-year recovery that has driven up rents 48% while pushing vacancy rates to historic lows and sale prices to new highs.

The overall vacancy rate held steady in the second half of 2017 at 2.7%, according to Lee & Associates’ year-ending quarterly survey of the county’s 8,315 buildings totaling 278.4 million sq. ft.

Buildings for sale continue to attract multiple offers from users and investors, although complexities of deals are increasing. Bidders are more price-sensitive and many see a late-stage economy where values are peaking. More risk from expected interest rate hikes is being factored into investor models as well as exit pricing. The increased scrutiny is combining to slow price acceleration and lengthen transactions with an exception to buyers highly motivated to complete 1031 exchanges.

While tenants have been facing steep rent hikes at renewal time, a lack of inventory also is throttling growth ambitions. Total space leased in 2017 was down 24% from 2016 and off 31% from the annual average since 2010. Additionally, since 2010 the county’s inventory has been cut by 3 million sq. ft. as 36 buildings have been razed to make way typically for multifamily development. 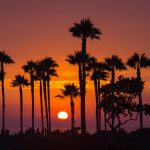 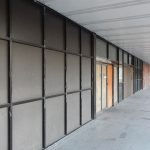 Fearing And Loathing At The Retail Apocalypse