Orange County’s red-hot industrial market suddenly has taken a breather. After reaching and exceeding historic pre-recession levels, rental rates for Orange County industrial space were flat in the second quarter. Leasing activity is off, averaging 13% fewer deals this year than in 2015 and 21% less than over the last five years. Absorption gained in the second quarter but remains negative for the year.

More evidence of a pause in the market is showing up in building prices. After recently topping all-time highs, asking prices have leveled off in all size ranges. Buildings are taking longer to sell, and some prices have been cut – a dramatic change from the intense demand and multiple offers driving values steadily upward since 2012.

The lull comes amid uncertainty over the strength of the economy and unpredictability of voter sentiment as the general election nears. The cost of high-quality debt has been rising, and values of big bank shares have plunged. Results of the Brexit referendum in June, in which England voted to leave the EU, sent a shockwave through financial markets and made a once-unlikely outcome on Nov. 8th appear more possible.

None of this apprehension makes site selection any easier for businesses planning for growth. Orange County’s industrial vacancy rate has remained at less than 3% for the last four quarters and is among the tightest in the U.S. Average asking rents are up 9% year over year and users are frustrated by the short supply. Nevertheless, landlords and users can expect that only buildings in Class A condition will command top dollar in the current market.

Despite the countywide respite, North County posted a healthy second quarter. With 116.8 million sq. ft., the vacancy rate in the county’s largest submarket slipped 10 basis points to 2.2% on net absorption of 302,100 sq. ft. The year-over-year jump in asking rents averaged nearly 15% but slowed to 3% in Q2.

The small West County submarket with 44.7 million sq. ft. also posted 90 days of strong activity in which 281,808 sq. ft. was absorbed, but it brought the total gained in the last four quarters to 91,492 sq. ft. Asking rents were unchanged in Q2 but are up 9% year over year.

With a broad array of regional, national and international clients—ranging from individual investors and small businesses, to large corporations and institutions—Lee & Associates has successfully completed transactions with a total value of more than $9 billion last year, alone.

MARKET FORECAST
Chapman University’s mid-year Orange County forecast said job growth will slow to 2.6% this year from 3.2% last year and housing will appreciate 4.6% this year, up from 2.7% in 2015. 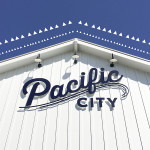 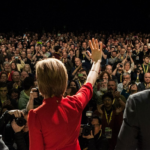