The sudden economic downturn brought on by the Covid-19 pandemic dramatically cut second-quarter leasing activity and deal volume to their lowest levels since the 2008-09 recession. Net absorption also fell into the red in Q2 as the vacancy rate ticked up 30 basis points to 3.5%.

There were 367 lease deals in Q2, a nearly 26% decline from the first quarter, and leasing volume fell 51% to 2,072,884 SF, an indication that more companies decided to forego expansion, opting instead to renew leases on existing space. The second-quarter 391,921 SF contraction came on the heels of three straight quarters of positive absorption.

Net absorption was negative in three of the county’s four major submarkets as the Airport Area posted 203,500 SF of Q2 growth. The Airport market has posted 706,636 SF of positive absorption since Q3 of last year. It added a net seven buildings to its inventory in Q2 and average rents were up 3.8% year over year.

Orange County’s market for industrial space is among the tightest in the nation, and rents have climbed steadily since the 2008-09 recession. Average countywide rents were up slightly in Q2, hitting a new record at $1.10 triple net, increasing 4.8% year over year.

The negative Q2 absorption total followed a Q1 gain of 905,048 SF, the strongest three-month advance since Q3 2015. But quarterly net absorption has see-sawed over that same period and includes more than 3 million SF of negative absorption over five straight quarters ending a year ago.

Orange County’s industrial base totals 274.6 million SF, up 374,177 SF from Q1. Total vacancies were 9.6 million SF, but there is little in the way of quality available space. New construction is limited to infill opportunities.

A recently completed nine-building project on Dyer Road in Santa Ana near the 55 Freeway is an example. The 497,638 SF development on the former ITT site represents the most deliveries countywide since the end of 2018. Despite the economic slowdown, brokers for the project say there is keen interest among users and leases are out for signatures on four buildings.

West County’s 42.6 million SF of space had a vacancy rate of 3.5% and 197,582 SF of negative growth in Q2. Average asking rents virtually were flat compared to a year ago. 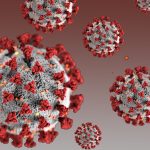 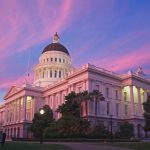 Prop. 15 Initiative: Can Landlords pass through the potential tax increases to their tenants?