Strong demand for industrial space continued in the first quarter, pushing down the vacancy rate to 3.3% and lifting lease rates to new highs as competition intensified for a short supply of space.

Net absorption in Q1 totaled 672,317 SF, the second highest quarterly total in five years. Countywide, tenant growth has totaled more than 1 million SF in the last six months and 1.8 million SF since the second half of 2019, showing confidence among industrial users despite the pandemic.

But with a vacancy rate less than 4% since 2014, companies planning for growth have faced declining options in quality space for sale or lease. In recent years, buildings for sale frequently attracted multiple offers. That trend continues today. Similar levels of interest for the first time are showing up in buildings for lease. A 35,000-SF building for lease in Tustin recently drew offers from five different users.

Positive first-quarter net absorption was reported in three of the county’s four markets whose inventory combines for 275.5 million SF of space.The 73.4-million-SF Airport market posted 664,389 SF of Q1 net absorption, led by a 166,722-SF lease in the Shea Business Center in Santa Ana. It’s the fifth and largest lease completed 500,000-SF project, the Airport market’s largest development in a decade. Nevertheless, the Airport market has not grown in year-over-year average asking rents.

There were 172,955 SF of Q1 net absorption in 42.5-million-SF South County market. Tenant growth pushed down the vacancy rate to 3.8%. Average asking rents gained 5.5% year over year.In the 42.4-million-SF West County market there were 120,582 SF of net absorption and the vacancy rate settled at 3.5% and asking rents gained an average of 13% year over year.

North County reported 287,799 SF of Q1 contraction. Nevertheless, its 2.5% vacancy rate is the lowest in the county and asking rents were up nearly 12% from the same period last year.

There are seven buildings totaling 890,518 SF under construction and most are pre-leased. 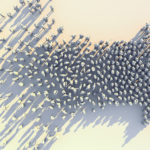 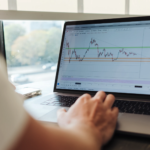 A New Form of Crypto is Coming:  Digital Real Estate