For landlords and owner-users there was plenty to cheer about in 2015. For tenants, the squeeze is on as 2015 capped a three-year run of solid demand for industrial space, driving vacancies to lows not seen in more than a generation
and triggering hefty increases in rental rates. More than 2.3 million sq. ft. of industrial space came off the market in 2015 – the third straight year of positive absorption – as businesses continued to expand. In the fourth quarter the vacancy rate ticked down 90 bps to 2.7%.

It was also the third straight year of gains in average rental rates. The difference is that in 2015 asking lease rates jumped 9.7%, more than doubling the increases of the previous two years. Despite surging lease rates and prices of buildings for sale, rents remain 6% below their peak reached before the bust in 2008. But the reckoning has arrived for many companies that renegotiated leases after the collapse when anxious landlords sought to “blend and extend” existing tenants.

Rent hikes in some recent renewals are topping 50%. With so little inventory, users have few choices. For example, with an average building size of 33,200 sq. ft. in the survey, the current 8.3 million sq. ft. of vacant
space translates into only 251 vacant buildings countywide. Moreover, it is estimated that a third or more of those buildings are functionally obsolete. Lee & Associates’ fourth-quarter survey includes a total base 8,321 buildings totaling 276.3 million sq. ft. Countywide, there was 823,997 sq. ft. of net absorption in Q4. Although, net absorption in two of the county’s four submarkets weakened in the last quarter, all submarkets posted strong gains for the year.

North County with about 41% of the county’s total inventory saw its vacancy rate tumble 90 basis points to settle at 2.5%. In the submarket’s cities of Anaheim, Brea/La Habra, Buena Park, Fullerton, Placentia and Yorba Linda, 1.3 million sq. ft. of space came off the market in 2015 and rents are up 11.8% year over year.

The Importance of ADA Compliance For Commercial Property Owners 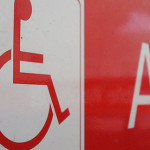 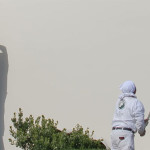 Values and Rent Paused but Likely to Continue Upward