Demand for most Orange County industrial space was healthy in 2018, and vacancy rates ended another year in record low territory. But rent growth slowed and leasing activity was the lowest in a decade. The vacancy rate at 4% or less for 16 straight quarters has left executives with few choices and often none for larger space requirements. Frustrated growth-minded tenants increasingly have been forced to make do. Meanwhile, landlords in 2018 became more conservative in rent demands as average gains in asking full-service rents fell to 4.9% countywide compared to 15% in 2017.

Gross absorption last year totaled 13.3 million SF, down nearly 6% from 2017 and off 25% from the post-recession peak of 17.7 million SF in 2013. There were 1,897 lease deals last year, down 18% from a year ago and off 41% since 2013. Over the same period, the county’s inventory has
fallen by 41 buildings totaling more than 2 million SF as more industrial property comes under the gaze of residential developers. There are 8,300 buildings totaling 274.6 million SF countywide in the Lee & Associates quarterly survey.

The Orange County industrial market is in the eighth year of recovery. But due to the constrained supply going into the downturn, the vacancy rate peaked at only 7.6 % in the depths of the recession. By 2014, however, more than 10 million SF of empty space had been absorbed, pushing the vacancy rate below 4%. Most of the remaining available space is functionally obsolete and unsuitable for most uses except storage and newly legalized cannabis production.

In the fourth quarter, 10 buildings totaling nearly 1.2 million SF were completed in North County, including eight available spec facilities by Western Realco ranging from about 42,000 SF to 310,000 SF. Panattoni is due to deliver four buildings in the first quarter totaling 230,000 SF on South Van Buren Street on the Placentia and Anaheim border. One building has been leased.

Rents Up Again, But Absorption Eases As Resistance Creeps Into Market 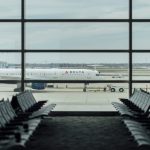