Demand for industrial space ticked downward for the second straight quarter, continuing a slight easing that began last year. Despite the reduced activity, rents notched another healthy gain and vacancy rates settled at or near record lows countywide.

Countywide net absorption was negative 679,507 sq. ft. in Q3. Over the last seven quarters, absorption is off 2.3 million sq. ft. with 70% of that reduction coming from the Airport market.

Rent growth – while still healthy – has moderated. Gains averaged 6.3% over the last four quarters compared to 8.1% for the previous 12-month average. Available quality space remains in historically short supply, and the near absence of available land for development insures a virtually static long-term inventory.

Nevertheless, the recent reduced activity and other signs of caution by tenants and buyers come as overall operating and capital costs are rising. Properties are remaining longer on the market—which totals 273.8 million sq. ft. countywide – and only buildings in A-plus condition in the best locations are getting top dollar.

Evidence of this nascent resistance may be found in North County, the county’s largest market with 116.2 million sq. ft. and where rents are up 84% since 2010. It’s also where nine buildings totaling about 1.17 million sq. ft. are slated for delivery in Q4. Two of the buildings are build to suits in Buena Park.

The other seven make up a premium collection of spec buildings in Fullerton from 41,891 sq. ft. to 309,439 sq. ft. Despite North County’s record-low 1.5% vacancy rate, none of the buildings was pre-leased when the project was due for completion at the end of Q3. A group of four more still-available spec buildings up to 69,882 sq. ft. is slated for first-quarter completion on the Anaheim and Placentia border.

Relief may be on the horizon for companies looking for new space in the Airport market as a nine-building, 500,000 sq. ft. rental project is planned to replace more than 300,000 sq. ft. of obsolete space on East Dyer Road in Santa Ana. It would be the market’s largest new project in more than a decade. Otherwise, the Airport market has been the county’s softest, posting 1.6 million sq. ft. in negative growth since Q1 2017. 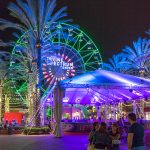 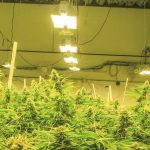 Activity Slows As Users Make Do In Tight Market