DJM Capital Partners specializes in special properties. The company, which has a knack for acquiring and repositioning undervalued assets, has most recently focused on two oceanfront Orange County, California retail properties that encountered difficulties under previous owners.

“We don’t do a lot of deals, but the deals we do typically have incredible value. The locations are irreplaceable,” says John Miller, founder and CEO of DJM Capital Partners, which has a current portfolio of more than 2 million square feet.

“We have the ability to look carefully and intelligently – and work diligently to find these opportunities. The common denominator among our properties is the quality of the real estate,” he adds. His team sees redevelopment potential in complex real estate and works with stakeholders, including cities, communities and investors, to bring challenging visions to life.

DJM Capital Partners spent nearly four years conceptualizing and building the 11-acre retail portion of the Pacific City development, a beachfront project in Huntington Beach, California. Retailers began opening at the 191-000- square-foot property on November 5, 2015 and the project will be fully open by Fall 2016.

Another 20 acres of the 31-acre site will contain multifamily and hotel components. UDR is developing The Residences at Pacific, with 516 apartment homes, slated to come on line in 2017 and R.D. Olson is developing the eight-story, 250-room Pasea hotel, which will open in early summer.

DJM’s reputation earned the company the opportunity to develop the Pacific City retail property. “It started with our great relationship with the city of Huntington Beach, after we developed Bella Terra,” says Miller, referring to the 1 million-square-foot mixed-used project that DJM developed 7 miles from the Pacific City property and launched in 2006.

He notes that the previous owners of the Pacific City property invested about $275 million into the site over 12 years before the lender foreclosed and hired Eastdil to sell the note in 2011. DJM bid on the property – but couldn’t close in a week whereas New York-based Crescent Heights could.

After closing on the property, Crescent Heights met with the city, which recommended they call DJM based on its success with Bella Terra, Miller says. “They closed in November 2011, and by February 2012, we had a purchase agreement to purchase the frontage on Pacific Coast Highway.”

He adds, “Pacific City is an irreplaceable beach front site that is valued by everyone: by the community, by the city, by locals, by tourists, by people coming down from L.A., and by the investor.”

The local area also offers demographics attractive to many retailers. “Where lots of beach cities tend to have younger populations, Huntington Beach has a much broader swath of age groups,” says Linda Berman, chief marketing officer at DJM. “There are lots of young people – twentysomethings and young marrieds – but also a lot of retired folks and a lot of still-working mid-range folks in their 30s, 40s, 50s. That is one of the things that appealed to us about Huntington Beach and something we saw everyday at Bella Terra. You have young people, young families and retirees shopping at the same time. That gives a very solid foundation in your ability to cover product categories, price points and events.”

Income levels are surprisingly high in Huntington Beach, she adds. In fact, Huntington Beach is ranked third in the U.S. in terms of cities with the highest percentage of millennial households earning $350,000 or more, according to a recent Bloomberg article that cited a ranking by Zillow economist Aaron Terrazas. The Bloomberg piece noted the city’s proximity to Newport Beach, home to several high paying financial companies, by way of explanation.

While the location itself – with its ocean views and strong demographics – offers great potential, the key to a project like this is in knowing how to maximize the opportunity through design and branding. “We had very high expectations in terms of who we wanted as tenants and very high expectations of which critical design components that we wanted to deliver,” Miller says.

DJM chose Jerde Partnership to design the project. “Pacific City was very complicated. The previous owners already had ground-floor podium in the dirt and you would think we could just start construction. Not exactly,” Miller says. “We closed on the property in November 2012 and went through a re-entitlement and redesign. We basically had to redo the entire parking structure because it would never have accommodated two levels of retail above two levels of parking. It was a complicated redesign because we do have podium parking and the structural components are critical to the project.”

Berman led the team that developed the brand for Pacific City – looking to embrace the local lifestyle without getting lost in cliches. “If you buy property like this, you can’t sit in an office in New York or Cleveland and say, ‘We’ve got Huntington Beach – Surf City USA – we’ll put surfboards everywhere and play Beach Boys music on the PA system.’ That is a veneer, but that doesn’t represent the most nuanced opportunity,” says Berman, whose background is in branding and marketing in entertainment, professional sports and fashion, where you work exhaustively on a brand for months or years before you launch it.

She notes, “We studied that area around Pacific City. Huntington Beach is a laidback, casual community. People live the Southern California lifestyle every day. They are fit; they are interested in healthy living. They are on their bikes more than they are in their cars. They bring their dogs with them everywhere they go. We looked at those kinds of things. We tried to build a brand in a place that would reflect that.” According to Berman, the dog beach at Pacific City is a big a destination. And, in fact, Top Dog Barkery, Bath & Boutique, a gourmet dog treat bakery that also offers grooming and doggie day care, relocated from its Corona del Mar location to Pacific City in November to capitalize on the four-footed traffic.

“However, restaurants are the most important thing,” Berman adds. “Food is the new fashion. From a leasing standpoint, we realized this would be a place where people would come and hang out – they were going to take in the view, meet friends, and eat. We needed to have a robust morning food offering as well market. They misread the neighborhood, they misread the community and they misread the city,” he says. “That is one of the things that DJM does really well. We listen. We listen to the neighbors, we listen to the community and we listen to what the city planners and leaders are telling us in terms of their expectations. We create these very productive and positive collaborations with the communities and the approval process.”

Berman notes that many questioned the company’s retail leasing plans in the beginning: “We have Fashion Island and South Coast Plaza in our strike zone, and people wondered how we could lease to the tenants we wanted, given the local competition. But there are a number of very independent street merchants that have clearly had an opportunity for years to go into those other projects and have chosen not to do that. These are tenants that are on Abbot Kinney, in the Meatpacking District in New York, in Brooklyn, or that have stores in Europe and that would never go into a ‘development.’ They look for unique street locations but are going into our location because we are creating one of the great streets right in the middle of Newport Beach and I don’t think Orange County has really had that before.”

According to Berman, DJM studied the Lido customer for some time before they started leasing. She says, “We knew that they were discerning, that they could shop anywhere – that they did shop everywhere. They are well traveled. And our competition could just as easily be London or Paris or New York as Fashion Island, because that is where these folks are able to shop. That set the bar kind of high, but it was also an exciting opportunity for us.”

She says, “Merchants like this are very artful in their approach to merchandising and customer-building. They like the spontaneity of the streets. They like to be on walking streets; they like to be in art districts; they like to be places where there is a little unpredictability rather than the typical manufactured quality that the mall, by its nature, has to offer. It was a learning curve for us. We knew the merchants that we wanted – we knew they would be appealing to the locals. In traditional shopping center leasing, you don’t always have the opportunity to engage in a dialogue with these kinds of merchants – the artisans, tastemakers and style setters. The shopping center world is changing in such a way that you do have opportunity to have a dialogue with great chefs today. But developers are not always in conversation with the tastemakers in the world of fashion and home and lifestyle merchandising. It was very exciting to our team to be able to have those conversations.”

New stores and restaurants will begin opening in late spring, with the majority open by early fall.

Food tenants will include Nobu, a Japanese concept known as much for its innovative cuisine as for its celebrity following; Juice | Served Here, a Los Angeles-based juice bar; and Publica by Zinque, which has locations at Abbot Kinney and West Hollywood and will feature waterfront patio seating and chic interiors with a wine bar, as well as a street side takeout counter.

According to Berman, new tenants became part of the leasing process: “We would speak to Clare Vivier, or Serena & Lily or Steven Alan himself – or any of the people who loved our center and said yes right away – and they would say, ‘You’ve got to talk to my friend so and so; they will Jove Lido.’ There was this momentum among these tastemakers themselves about Lido Marina Village that we were able to capitalize on and benefit from.”

Kevin Thomas is a Senior Vice President and Principal of Lee & Associates-Newport Beach. Kevin specializes in Industrial and Office brokerage in the Airport Area of Orange County, California.

Except For Lease Rates It’s A Game of Dwindling Numbers 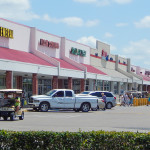 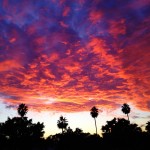